There are many different herbs, each with its unique properties and uses. Two of the most popular herbs are Rosemary and Thyme.

Though they are both used for flavoring food, they have many other uses. Let’s explore the differences between Rosemary vs Thyme- from their appearance and taste to their health benefits and medicinal properties.

What Is Rosemary And Its Uses

Rosemary is a shrub that is typically found in the Mediterranean region. It has small, evergreen leaves and pink, white, or purple flowers. The leaves are often used to flavor food, and the essential oil of rosemary is also used in aromatherapy.

Rosemary is thought to have various health benefits. It is also believed to have medicinal properties and can be used to treat a variety of conditions, such as headaches, muscle pain, and indigestion.

What Is Thyme And Its Uses

Thyme is a herb that is native to the Mediterranean region. It has green leaves and small flowers that are yellow, white, or pink. It has a variety of uses, including as an ingredient in the food (especially meats) and as a medicinal herb. Thyme essential oil is also used to treat acne and other skin conditions.

What Is The Difference Between Rosemary vs Thyme?

Rosemary and thyme are herbs that can be used in cooking and medicine. However, thyme is a herb, while rosemary is a shrub.

They also have different flavors– thyme has a much stronger flavor than rosemary. Here are some key Rosemary vs Thyme differences.

What Are Some Alternative Names For Rosemary And Thyme?

How Are They Used In Cooking?

Thyme is typically used for flavoring food. It is especially popular in French cuisine, but it is used for cooking worldwide.

Rosemary is also often used for flavoring meats and other savory foods. However, it can also flavor desserts that contain cheese or fruit flavors.

Where Can Rosemary And Thyme Be Found?

Rosemary and thyme are both very popular herbs that can be found in many kitchens worldwide. They are used for flavoring food, but they have many other uses. Rosemary is a woody herb that is typically gray or blue. On the other hand, Thyme is a small, evergreen herb that has tiny leaves and a strong flavor. Rosemary can be found in subtropical areas or have very mild winters. Rosemary cannot grow in very cold conditions, so it is typically grown as an annual plant.

However, not all thyme plants are evergreen, and not all varieties grow well in hot climates. Thyme plants can generally tolerate slightly warmer temperatures than rosemary. However, thyme varieties grow much better when planted in areas where the winters are mild and short.

Rosemary can be found growing in large bushes. There are many different types of this herb that their color or size can identify. Rosemary typically grows to between two and four feet in height and has sprigs that can be harvested and used in cooking or baking. Rosemary is also sometimes referred to as “dew of the sea.” Thyme is typically smaller than rosemary.

It is an evergreen plant with flowers and tiny leaves that are green, gray, or light purple. Many people like to grow thyme because it has delicate flowers that make excellent ornamental plants. Thyme can be grown indoors, suitable for people who live in climates where the winters are cold, and it’s too late to plant thyme outdoors.

Pros And Cons Of Using Rosemary vs Thyme

Herbs are a great way to add flavor and aroma to your food, but many people don’t realize that herbs have been used for far more than just culinary purposes. Both Rosemary and Thyme have been proven to do wonders in the health world. Here is a list of their top pros and cons.

In conclusion, while Rosemary and Thyme have promised health benefits, it is essential to remember that too much of a good thing can be harmful. If you are looking for just the right amount of flavor, you should try out Thyme. However, if you are looking for something slightly more medicinal, Rosemary might be the right choice. 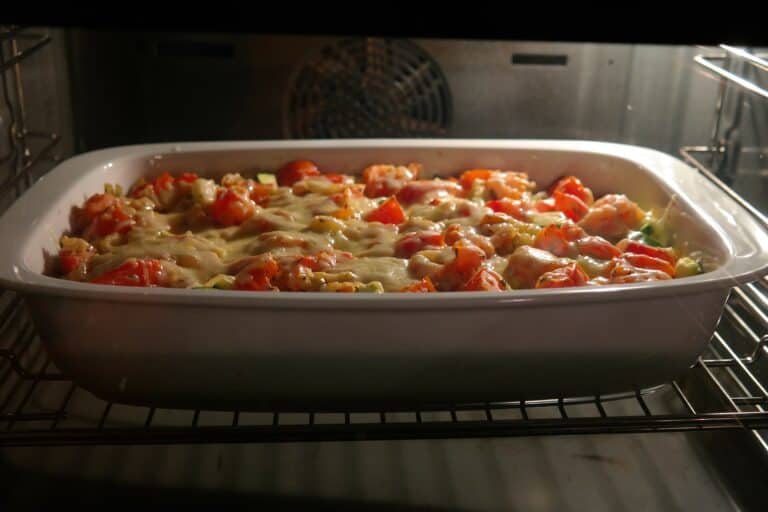 How to reheat casserole in oven is the question that many are seeking answers to. The crunchy outer coating of a baked casserole is deliciously satisfying. But how do you get the same satisfying crust when the casserole sits in the refrigerator for days or — even worse — gets frozen? You can’t just put… Are you too tired to cook after a long day of work? Perhaps the kids are hungry, but there’s no time to get taken out. If you’ve got some stuffing leftover from last night, then don’t give it away or throw it in the trash ! You can easily re-heat your stuffing and turn yesterday’s…